My son, Kobi, was in preschool when I realized he was having trouble appropriately engaging with other kids, despite his desire to do so. When I took him to receive testing for behavioral disorders, a local evaluation agency in our hometown, Longmont, told me nothing was wrong with him.

As Kobi progressed to Kindergarten, I noticed when all the other kids were sitting in a circle, he’d always be a couple of inches outside the circle. He started chewing on his sleeves or his collar, and he always had to have something in his hands to play with. It was then that I realized Kobi likely had Sensory Integration Disorder (SID), a condition where the brain has trouble receiving and responding to information that comes in through the senses.

Once Kobi was diagnosed with SID, he would get in trouble for not sitting still or paying attention. One strategy for dealing with Kobi was to put him alone at a desk away from all of the other kids, further isolating him from his classmates.

For years, I watched Kobi’s condition advance, despite efforts to do biofeedback therapy and occupational therapy in early elementary school, neither of which helped Kobi function properly in a normal school setting. Although I thought outside support from therapists or a para (a teaching-related position within a school responsible for concentrated assistance for students) could help Kobi, this was never recommended by the school district, and they lacked the resources and staff to bring this kind of help in the building.

Kobi continued to struggle in elementary school. However, due to lack of support and funding for alternative school opportunities, I felt like trying to keep Kobi in public schools was the only option. Even though I had a successful career as a leadership coach, the cost of outside schooling was exorbitant, and the school district wouldn’t pay for it either, as they said Kobi was fine in free appropriate public education.

Because of his sensory disorder, Kobi would blurt out a lot and had trouble sitting still. The general way adults dealt with him was by trying to contain him or punish him. A general education setting has so many people and so much stimulation, and no one could help him manage it. Our expectations of him as parents, the principal, teachers and district kept getting lower and lower as we kept trying to figure out how we could keep him in mainstream school.

Kobi would come home from school every night from 4th-6th grade telling me that people at school didn’t understand him. He’d say things like ‘I hate school,’ ‘I don’t want to go back,’ or ‘I don’t understand why I’m always in trouble. There were many instances I remember where Kobi didn’t even do anything to cause trouble, yet other kids would just say his name loudly, immediately causing teachers to think he had done something wrong, and sending him to the hallway or the office to be punished.

When Kobi was in fourth grade, I began researching private schools, but didn’t see how they’d be any different because he still wouldn’t have an Individualized Education Program (IEP) in most cases. I had a moment of hope that year when the school brought a cognitive behavioral expert in to give suggestions on how to help Kobi in school. She seemed to be the only person that could understand Kobi’s brain—but she only came once, then we never saw her again. I knew intuitively that he needed a different environment and that his frustration would disappear if he was being served appropriately, but the conversations remained limited to figuring out interventions in the same environment.

By 5th grade, Kobi was spending most of his time in the Special Education classroom, as it was more quiet and the teacher went above and beyond in helping Kobi. This was one of the reasons we stayed in public school — because of caring teachers like this, who did their best to help Kobi despite his complicated behavioral condition and their limited resources.

This was also around the time when Kobi started displaying a Social Emotional Disability (SED) and getting more aggressive. After getting multiple suspensions from school, I was desperate to find an effective placement for him for 6th grade, which was the start of middle school. I found a charter school option she was excited about, but the district instead suggested a day treatment program that was part of the public school system. These “day treatment” programs exist for kids with social emotional disabilities and other challenges, providing more therapeutic services for the child. However, after visiting some of the schools, I realized they weren’t going to work for Kobi— I felt their occupational therapy room wasn’t sufficient and they weren’t appropriate facilities for kids with extended needs.

By the end of fifth grade, Kobi had become suicidal. And by the time sixth grade came around, I still didn’t feel like they had an appropriate middle school option, so I decided to homeschool Kobi. My goal was to get his love of learning back. By this point, he just hated learning altogether. He was no longer fun and happy and creative—he was just miserable. It broke my heart so I decided to keep him home until he started feeling better about himself.

Although Kobi did start to feel better during that time, he also had episodes that were the worst they’d ever been. Things go so volatile that in December 2017, I had to bring him to Children’s Hospital Colorado’s Emergency Department. He was hospitalized on a Wednesday. The night before he had an episode where he became an imminent danger to himself or others—I didn’t know where else to take him.

After 24 hours in triage at Children’s Colorado’s Emergency Department and no beds available in the Pediatric Mental Health Institute, Kobi was transported to Denver Health for hospitalization. He remained there for eight days, receiving medication for untreated ADHD, yet his condition worsened. He wouldn’t eat; his mind was going a mile a minute with the medication. He lost 10 pounds in 4 weeks after he was discharged.

By mid-January 2018, Kobi was hospitalized again at Children’s Colorado in the neuropsychiatric unit. Shortly after, I learned Kobi got admitted to Children’s Colorado’s Medical Day Treatment program. They immediately took him off the stimulants that had led to his extreme weight loss. Kobi spent six weeks in Medical Day Treatment, attending school there from 9 a.m. to 3 p.m. five days a week. Here, he was the happiest he’s been in a long time—finally feeling safe and supported.

After his stay in Day Treatment, I was told my only option was to send him back to the school district’s day treatment program. Despite knowing that school wouldn’t be a good fit, I was told there were no other options until we tried it. At this school, Kobi was isolated in a 6×6 room, where he was told he had to “earn his way out” back to the regular classroom. His homework and meals were slipped under the door on the first day. I immediately called a meeting and it was decided to bring him to half days as that was all he could tolerate in isolation. During his time in the room, he caused two wounds on his own body and developed a coping mechanism of sleeping when his anxiety was unmanageable.  This coping mechanism continues six months later.

He was so anxious and refused to go to school. He was so isolated and miserable. After a few months, he wouldn’t even get on the bus anymore to go.

Ten weeks later, he became suicidal and was hospitalized again at Children’s Colorado in May 2018.

Upon his discharge, I hired a lawyer to help get out-of-district placement for Kobi. Today, Kobi attends school in Greeley, where he receives specialized one-on-one attention, a pera and transportation to and from school. This school has provided a much better experience for Kobi—and for me.

I also received access to the Child & Youth Mental Health Treatment Act in March 2018, which supplied funding for critical mental health services for Kobi, particularly for Applied Behavioral Analysis (ABA) therapy for his recently diagnosed autism. One of the hard parts of this process has been accepting help. I’ve had a successful career and I still can’t afford all the services Kobi needs. I had to accept help to get him in a better place.

As of June 2018, Kobi was formally diagnosed with autism. His current conditions include ADHD, Social-Emotional Disability, Sensory Integration Disorder, Level I Autism, adjustment disorder and anxiety and depression.

Looking back, I see the many ways the state’s mental health system could’ve better supported my family. It’s frustrating because now the state is paying for a problem they could’ve prevented in the first place. I wish there would’ve been more effective testing done for Kobi throughout his entire journey, starting when he was just five years old. He’s 13 now—and if we could’ve caught him at six or even eight, we could’ve prevented the hospitalizations, the exorbitant costs and all the emotional pain he endured.

There also would’ve been more regular support from behavioral cognitive experts as part of the Individualized Educational Program (IEP) meetings, that would’ve helped everyone involved better understand the way Kobi learns is different. A whole other teaching method exists that could’ve served Kobi well in the beginning—but we didn’t know it existed or where to access it.

I hope that one day, Kobi could function at the same public high school his sisters attend. He’s high-functioning and smart enough that as he matures, I think he can learn the skills to be even more functional and contribute to society. I want to have hope, but I also want to be realistic. I learned throughout this experience that we should treat the child, not the diagnosis. And my hope is that people give Kobi a chance to be successful, and continue to work with me to find the best ways to do that.

Throughout Colorado, youth are struggling to access the mental health ... 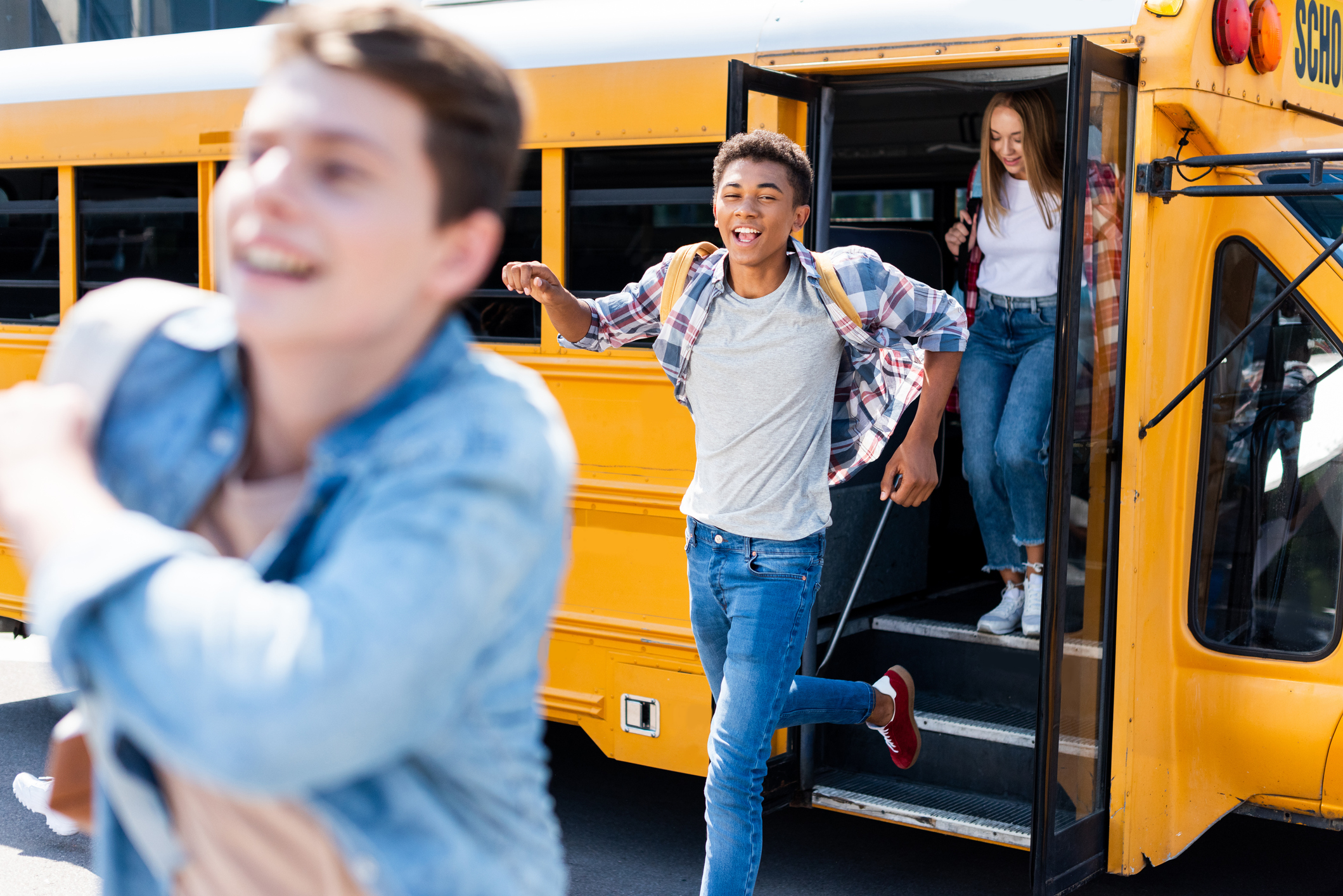 Six questions to ask your child’s school about mental ... 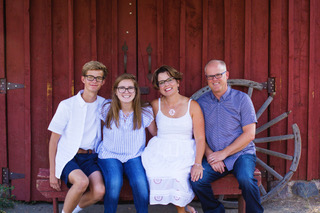 My son Robbie died by suicide when he was 15 years ...